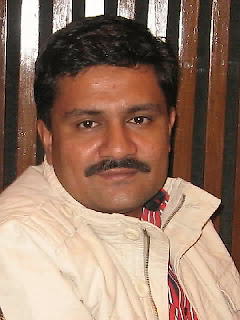 Those from Uttarapatha (Aryavarta) (northern and eastern India.)

The Sanskrit textBrāhmaṇotpatti-Mārtaṇḍa by Pt. Harikrishna Śāstri mentions according to which a king named Utkala invited brahmins from Gangetic Valley for performing a yajna in Jagannath-Puri in Orissa; when the yajna ended the invited brahmins laid the foundation of the Lord Jagannath there and settled there for serving the Lord in around Orissa, Jharkhand, Medinipur.

The Utkala Brahmins are of three classes 1) Shrautiya(vaidika) 2) Ashrautiya or (Sevayata) and 3)Halua Brahman.Again there are sub-classes in these three classes

Those from Dakshinapatha (Karnataka, Andhra, Maharashtra, Dravida(Tamilnadu, kerala and Gujarat).

Brahmins of Andhra Pradesh are broadly classified into 2 groups: Vaidiki Brahmins (meaning educated in vedas and performing religious vocations) and Niyogi (performing only secular vocation). They are further divided into several sub-castes. However, majority of the Brahmins, both Vaidika and Niyogi, perform only secular professions.[13]

Vaidiki Brahmins are further divided in to Velanadu, Venginadu, Mulukanadu Brahmins, Kosalanadu etc. There is another sub-section "Dravida" made up of Tamil Brahmins who had migrated to Andhra Pradesh.

Gurjara Brāhmans: The Brāhmans of Gujarāt, of whom two subcastes are found in the Central Provinces. The first consists of the Khedāwāls, named after Kheda, a village in Gujarāt, who are a strictly orthodox class holding a good position in the caste. And the second are the Nāgar Brāhmans, who have been long settled in Nimār and the adjacent tracts, and act as village priests and astrologers. Their social status is somewhat lower.[14]

Karnāta Brāhmans: The Brāhmans of the Carnatic, or the Canarese country. The Canarese area comprises the Mysore State, and the British Districts of Canara, Dharwar and Belgaum.[15]